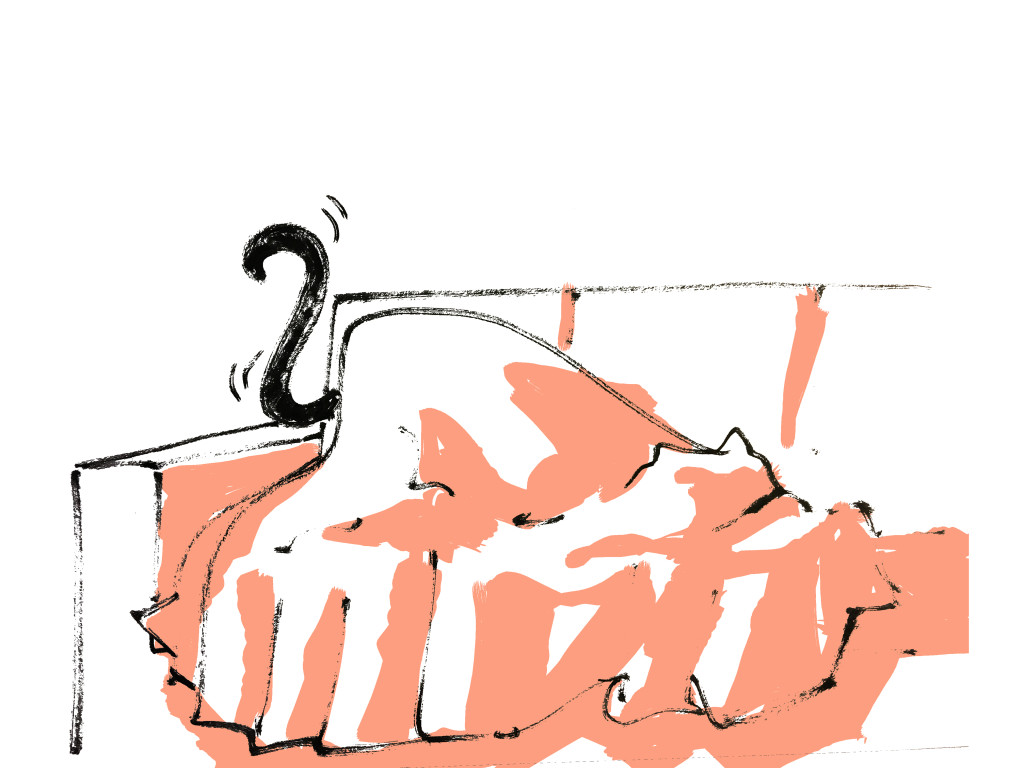 We live in a democratic system. This was the first sentence I wanted to write but, as a result of an error, I wrote: “We live in a dermocratic system”.
Alberto Savinio once said that he never failed when writing with his typewriter: any apparent misspell had to be attributed to the genius of the machine, that added or changed letters at its will, with the intention of improving its owner’s work. (Savinio never had to deal with Word or Google automatic correction, as you have imagined).
Then again: true to Savinio’s advice, I ought to let the sentence as it came first, so you could figure that I’ve made a pun between a really democratic system and another one that only looks like that in a superficial (skin) level.

Democracy: we have screwed this organizational idea to a simple “election day”, meaning that democracy equals to go and vote once every four years. No, no, no… democracy means a lot more, or it used to do it.
An even more: not all the people (I mean, 100% of the population) go and express themselves, although not voting could be understood as a way of express your discomfort. (But, one more time, that’s another story).
So, finally, we have to admit that there is a gap (we have to find out how big it is) between reality and what urns tell us about people’s will.

That’s the subject I wanted to deal with, and that’s why my keyboard helped me just at the beginning of this text. There is something there, under the skin. Something unknown, something that flies under the radar. And yes, trust me, it is there; and although talking about the darkness always has been an uncomfortable experience (imagine going there), we have to deal with it.

I like the expression “under the radar” (and that’s an image and also a metaphor) because it reminds me that the radar is not exactly THE reality, not even A reality. I remember that beautiful book Lev Manovich wrote in 2001, specially when he describes the image radar gives us: never complete, always a-going.
With all that in mind, we know that any “official” approach to the population or their representatives will give us only a partial vision and understanding of what’s really happening.

That’s pretty annoying, specially for those who have become the voice of the citizens, their spokespersons, their leaders. Because if they agree with the “under the radar theory”, they are at the same time accepting (even without saying it), that there are other realities out there.

Those who voted for them don’t want to know about other realities, about a completely different world out there… It was never written anywhere, but that’s part of the deal they made when they decided their vote.

Let’s say it in a politically correct way (WTF?): In order to recognize that there is life under the radar, you need some extra-guts. And you want to know something more? That’s when you will need disruptive people, storytellers for change and other “out of the comfort zone” bunch. (And of course when you meet them you will feel like you have added fuel to the fire!)

Do you want to go “under the skin”, to solve structural problems, or do you only asked for a new make-up? That’s quite a question, not only because it is by itself, but also because if you dare to go there, you will have to risk your “status quo”: it easily could happen that your travel to the dark zone would explode on your face! (A first hint: you are not the great white father saving anybody!)

So, you deny it or you accept it, dealing with whatever happens underground is a hell of a situation.
But if you are ready to go ahead it is quiet possible that you will notice the unnoticed, maybe you will learn why it went under the radar and, last but not least, you will be able to start understanding it and learning that “they” and “us” have more in common that the politically correct minds would like you to know (and also that maybe we have other things that we don’t share). And, oh yeah!, if you are lucky enough and wise and humble and a lot of more things, maybe then you will start to really change the world.
Do you think is worth it? Then let’s do it!